I can’t remember exactly how or when I first met Tim, but it was probably though my friendship with Chris Daughters and the Caddis Fly Shop – Tim was gracious and kind to me from the outset, and from what I hear, that’s just the way he rolls.

I do remember some time ago being confused with the Tim versus Steve (Rajeff) thing and how on earth these brothers both grew up to excel in the world of fly rod design and casting. Frankly, I never did sort it all out, and given the reality of my apparently declining memory, it is unlikely that I ever will. Knowing Steve by reputation, I check in with him regarding all things Loomis, and talk with Tim on regular basis whenever I have questions about Echo / Airflo.

I fished with Tim offshore Oregon for albacore back in 2013 and thoroughly enjoyed Tim’s extensive repertoire of stories about fishing around the world.

What most delights me is the fact that Tim and I were both fishing for little fish in San Francisco Bay, a scant decade apart. I’m a 49-er and Tim was born in ’59, so I was diligently applying myself to the task of depleting the bay of sculpin, surf perch and surf smelt before he was born. Fortunately for Tim, I failed so there were plenty of the critters for Tim to catch. Apparently he would take a bucket with his catch to feed the penguins and seals at the zoo.  My catch usually ended up as fertilizer in the rose beds.

Tim was a hand-liner as a kid and so was I; although I was hand-lining the waters near Istanbul a few years before Tim was born. Tim and I remember unleashing the primitive harvest instincts that hand-lining engenders. To this day, I find that I love to hand-line in the ocean offshore Pacific City, and I bet Tim would too. Maybe this summer.

Like all of my friends in the FFI, Tim is incredibly busy, but he too will always make time for small talk and a personal catch up.

One of my favorite images of Tim is from a day when we met at the Rajeff Sports warehouse and technical testing site.  I can see Tim even now, sweat standing out on his forehead, as he applied all his might trying to break one of his prototype rods. I’ve tried the same thing on the water many times each season, and have failed, so far. Only truck doors, cleated wading boots, and falling down on said rods has been fruitful to date.

Thanks Tim, for everything.

Randy and I have known each other since the days of Kaufmann’s when I tied flies for Randall.  I tied Timberline Emergers, Davis Lake Specials, Caddis Bucktails, Tied-down Caddis Bucktails, Stimulators, and Elk Hair Caddis. Probably a few more patterns, oh yes, I tied Chironomid nymphs that were very different than what we tie and fish today.

Back in the day, I interacted mostly with Randall, a little with Lance, and occasionally with Jerry. I well remember the day I delivered several dozen steelhead flies to the shop, and Jerry proceeded to pull the wings out with pliers. Neither of us was very happy with each other that day.

Years went by, and I had an opportunity to interact with Randy when he was at Rajeff Sports, and of recent at Burkheimer.

I do know Randy very well in one respect. Several respects. He is kind. He listens. He will go the extra mile to support a friend, just because. He is a great fly tyer, angler, and he really knows his stuff. He is modest, so modest that a lot of folks might not think he knows anything at all.

Think I’ve said enough. Randy has been around long enough to know a lot about the people in the FFI, but you would never know it because he’s just working, doing his best to help people, wherever he might be at any given time. I am grateful for his patience and friendship.

PS: I’ve heard that he likes ducks and duck dogs.

Finally, I chose the image above, although it is quite old, because it was taken in late evening light, and it reminds me of the time when we were all so much stronger and dumber than today, and Randy was swinging that single hander on the Deschutes.

I first met Dick at one of the FFF Fly Trying Expos in Albany Oregon. At least I think that is so. Whatever. I began talking to Dick about EDGE and TFO fly rods and reels, then later it was Cortland lines and Loomis rods, and AQUAZ waders.

Throughout our conversations, I picked up on a character trait that I hold great respect for: Dick was genuinely trying to find out if he could help me navigate the technicalities of the products and generally improve my understanding of whatever it was we were discussing. He wasn’t sellin’ anything, only trying to help me advance my state of awareness and technical competence.

Dick didn’t grow up in this part of the world, and in fact he migrated to the PNW from the Great Lakes region,  Dick wasn’t a FFI member when I was whipping flies around my head on the Metolius and Cascade lakes. Nope, He worked in manufacturing, education, insurance, and guiding.

Fortunately -for me and everyone he calls on as a sales rep these days – Dick eventually settled into the FFI. I’m especially fond of the way Dick approaches his profession. Yes, he is eager to tell shop owners about the latest products, but he works harder at understanding the business needs and limitations of each shop, all this in order to make solid product recommendations.

Dick has seen a lot in his years out and in the FFI. He keeps it to himself and shares the good stuff. I’ve seen Dick extend his hand in friendship and respect to people so naturally that I know it’s genuine. Dick has provided me with a comfortable, friendly “home base” to tie flies at the Albany FFF Tying EXPO for the last several years now and this has given us a little more time solidify on our mutual admiration.

Very nice start to the day. Up at 3:30 or so. A brief good morning to our guest Scott Crosby then send him on his way north to fish for steelhead with friends. I shot two hours of fly video yesterday that will all be erased because I rambled way too much. I have two cats either in my lap or on the desk here in the den. I think they are about to rumble. One cup of coffee down the hatch and time to brew a second. Is it fair to use the term “brew” when using instant? I need to fish very soon. Maybe sometime next week. Think I’ll head to the garage, turn up the heat, and tie carp flies.

My best wishes to you all .

I don’t know where to start with Eric, except to say that he’s one awesome dude.

I have known Eric with and without a beard, as a fly tyer, and a fellow fly fisher. Eric accepted me as a friend and FFI “peer” even though I am realistically in pre-school and Eric is a post-Doc. He has always welcomed me and tried to help me navigate whatever I might have been trying to figure out.

Of course I first and foremost associate Eric with SIMMS fly fishing clothing, waders, boots, boat bags, and such forth. As far as being brand name neutral, I am pretty darn good with everything other than Simms products (waders, coats, flannel shirts, and boat at bags). I had a short dalliance with some other products and always came home to Simms.

Eric has gone out of his very busy professional and personal life to help me, on more occasions than I can recount. Work ethic?  He’s on the go always always always and most of the time. Eric is always quick to call me back even when he knows our conversation will be nothing more than a quick catch up or me asking for a favor.

A good spirit, this man.

PS; rumor has it that Eric has, on occasion, mixed “supposedly” healthy breakfast drinks while on the sales rep road, and that he longs to be a professional drone navigator/pilot. 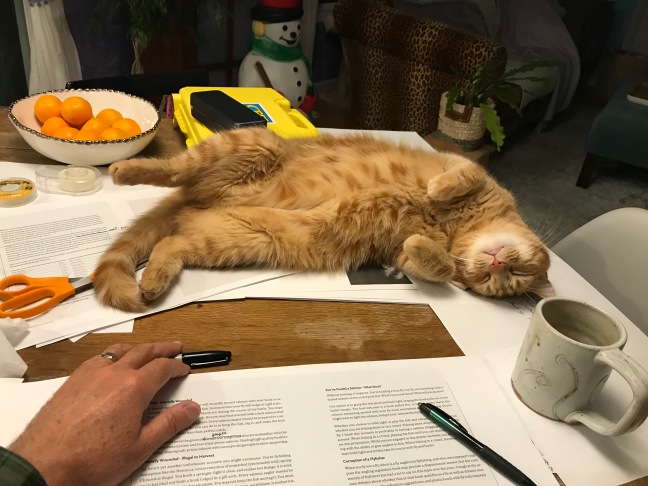 I found this post  buried in the draft tab of my blog about two weeks ago. Here it is.

Have you ever felt such depression that you couldn’t tell anyone about it?
As Jimi Hendrix said decades ago, “Well, I have.”

And I find myself, once again, at a loss for words.

Unable to speak or write about what’s going on, what I’m feeling,
What I’m thinking about doing.
What just happened.
what happened a long time ago.
What’s about to happen.
What I saw.
What I’m going to do.
My confusion.
My determination.
My fear.
My resolve.
My terror.
My weakness.
My strength.

Their stories are different; my friends are OK, mostly, survivors of terrible insults wreaked on the human spirit. The knowing of what they’ve endured is itself an assault on anyone’s spirit.

There’s probably more to say here, more to write, but I’m at a loss for words.

Have you ever felt so much joy that you couldn’t write about it?

Ever had so much fun that you couldn’t tell anyone?

My best to you this and every day.

Within the FFI, George probably is least in need of any introduction. Great sales rep for the likes of SAGE, RIO, TIBOR, and more, George knows his gear, knows how to use it, and he covers the territory to spread the joy. George doesn’t sell the gear, he fishes it, tests it under the harshest conditions, plays a big part in design and product evolution, and explains what each piece of gear can accomplish, Great service in the FFI, as far as I’m concerned.

None of this is important, far as I’m concerned. The George Cook I know is interested in how I’ve been, even if he does his recon by asking others who know me.

George has been an icon, someone to look up to and learn from – for more years than I can count. He has seen gear technology progress, evolve, and improve, and the man actually understands the gear beyond the hype. His fishing and hunting skills are top-tier.

But aside from all that, George has accepted me as a friend and fellow enthusiast in the world of fly fishing. George always took time out of his crazy busy schedule to talk with me about mundane things that had nothing to do with bustiness transactions fly rods, fly lines, or fly reels.

I’ve included a photo of George with a Chinook – because  we both share a deep sense of admiration for these magnificent beasts.

Thanks George, and here’s my wish for many more years, great salmon, flies, fly rods, and yes, time on the river.

PS: I hear that George is likely to drink some weird concoctions for breakfast – by rumor this goo is referred to as “Geo Juice.”

Now, my best to you all.